Our Outdoors: The Most Important Season
By Nick Simonson

Don your blaze orange, secure your tag, check your scope one more time and stuff a package of handwarmers in your vest pocket because the big day is just about here.  Firearms deer season starts this weekend and you don’t want to miss out on the excitement that comes with “the grandaddy of them all” when it comes to hunting.  No matter how you do it, in a group of family and friends, pushing hard through a cattail slough driving bucks and does to the end of a draw, or sitting silently alone in a stand overlooking a trail on a field edge, or mentoring a new hunter along the hillsides of your favorite creek bottom, it is the biggest day on the hunting calendar.

This year the season has gotten even bigger as deer hunting holds a little bit more importance in the hearts of hunters and arguably, the public psyche.  For the last 300 days or so, that primal part of our minds (the one which controls fight, flight, feed, and other basic instincts) has been on overdrive, or at least heightened, considering all the craziness that 2020 has thrown at us.  Reports from around the nation continue to come in that more and more people are taking to the field and getting back to the hunt to test themselves and find an outlet in nature, and in that caveman sense, provide in a time when everything seems so out of control, as the first inkling that we can’t always rely on a commercial supply chain has settled in and store shelves in some places have resembled a CNN report from 1980s Russia. Whatever brings more people back to the fold is good, be it fight, flight or food, and deer season is no better time to experience the outdoors. 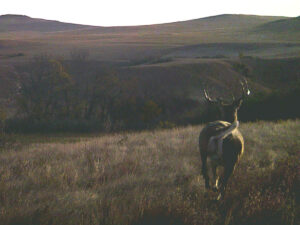 As on edge as the world has been leading up to this week – socially, politically, electorally and pandemically – it’s enough to permanently raise a person’s pulse rate, save for those few moments one can turn off the TV or cease the online doom scrolling on social media and squeeze it all out.  But with deer hunting, it’s often the opposite.  It consists of stretches of extended tranquility punctuated by the thunder of an elevated heartbeat when a buck bursts from cover on a hike or suddenly appears out of the foggy morning while a person is seated and staring off into the nether, lost in those thoughts that only seem to come when we’re not gazing at a screen: processing life, watching the world shift, and perhaps thinking that both physical spring and a metaphorical one isn’t really all that far off after the season.  It serves as not only a reminder of how things once might have been, but hopefully how they can be again.

For the experienced hunter, the start of the firearms deer season marks the return to traditions, a time to connect with how everything started, and pass that on to the next generation; another element which adds to the significance of the days to come.  It’s recalling the advice that was given to you, about a safe shot, how animals move, what a cold snap does and what to watch for in the field.  In an era where fewer people have been heading out into the field due to diminished time, access, or other limitations, we suddenly find ourselves under the silver lining of a gray cloud, where many new or inactive hunters are looking for that opportunity to explore the experience running from the sighting in of a rifle on the range, to the snap of a twig on the forest floor, to the sausage making in the smokehouse a few weeks down the road.  While the grandaddy of them all may be so named because it is the final major season of the hunting calendar and signal the end of autumn for many, for others the deer firearms season is just the beginning.

They’ve earned this season and so have you. Stay safe, think twice, shoot once and enjoy each moment before and after the moment of truth. Through countless days of quarantine and hours of breaking news, through poll-watching and political discord, you’ve persevered.  For those efforts, and the ones required to keep the tradition going, this firearms deer season is a reward for a job well done, loaded with gifts all its own.  It’s time to find both the social and the distance we’ve all been seeking, as part of a blaze orange brotherhood spread out in the field together in the most important season…in our outdoors.